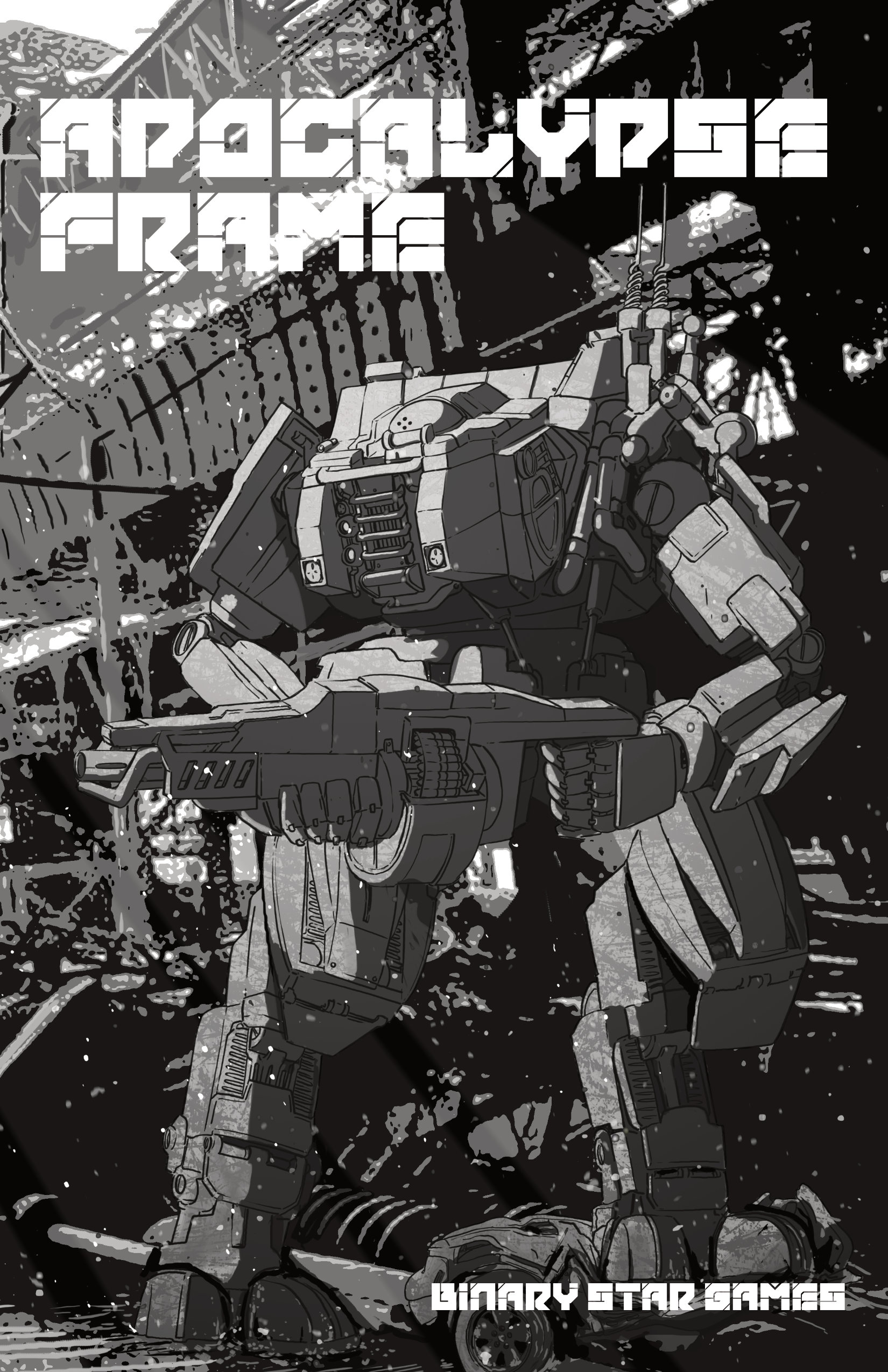 In a ruined and terraformed world where most of humanity is under the yoke of a brutal regime, the former workers of a once-remote factory - now known as The Collective - have risen up to create a future of freedom from oppression. You are an Ace - a highly skilled pilot referred from a Division in The Collective and assigned a humanoid combat vehicle known as a Frame. You and your Strike Team of fellow Aces must take on The Collective’s greatest threats, ensure its survival, and carve a path for its continued success.

APOCALYPSE FRAME is designed to be very fast to pick up and play, and it’s suitable for both one-shots and extended campaigns. Combat is quick, punchy, and deadly for Aces’ enemies. This game includes:

I was most influenced by:

This game is fully playable right now, but the presentation (and to a lesser extent the content) is a work in progress. I’ve created an Itchfunding campaign for the purposes of improving the presentation of this and any future productions. This would hopefully include improved layouts, cover art, and art of Frames and enemies.

Regardless of funding status, I intend to follow this with content modules, including things like pre-written missions, campaign planning ideas, and new Armaments, Systems, and Frames.