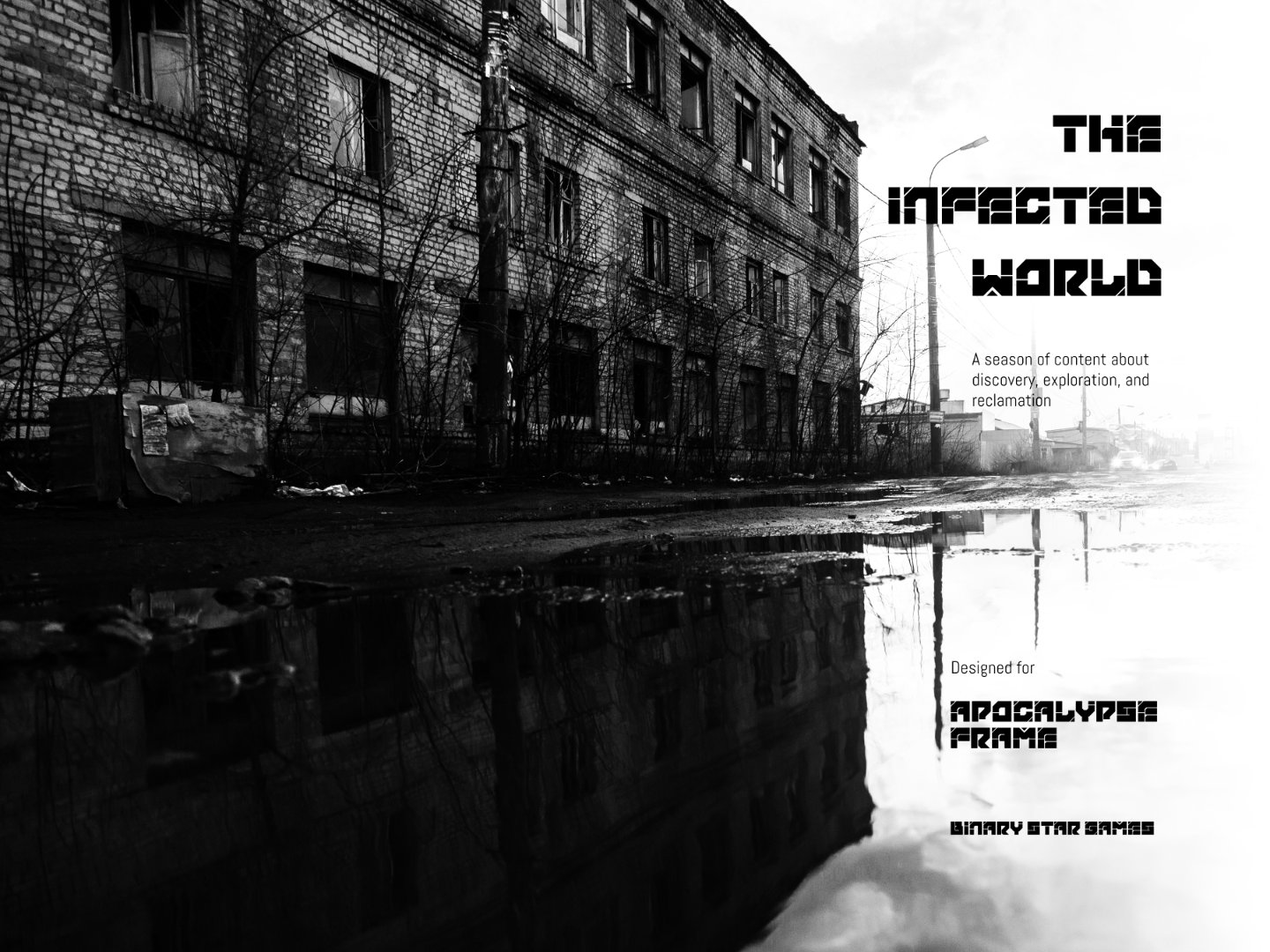 Years ago, The Collective rebelled against The Republic, turning their own factory against them and creating a resistance. Since then, we’ve managed to carve out enough from The Republic to survive. But there’s more to survival than gaining independence.

The world that The Republic abandoned as they put up walls and hardened defenses is barely charted, and we know for certain there’s more out there that neither us nor The Republic can fathom. We need to explore and map all of the infected and abandoned wilderness that’s out there. That’s where you come in.

Your mission, Aces, is to go out into the Infected world and chart territory, eliminate threats, and make discoveries. Pack for a long deployment. Who knows where you’ll end up, and who can say what you’ll find there?

This is a season of gameplay content for APOCALYPSE FRAME split into four parts:

A compilation of all of these into one more cohesive work is coming soon!